This page has been made by Gianni Grassi, the webmaster of crystalerice.org until 2015. Unfortunately in 2015 he died and I decided to keep this page almost like he did it, to honour his memory and his work.

Sicilian Cassata and its modifications
according to Lodovico's taste 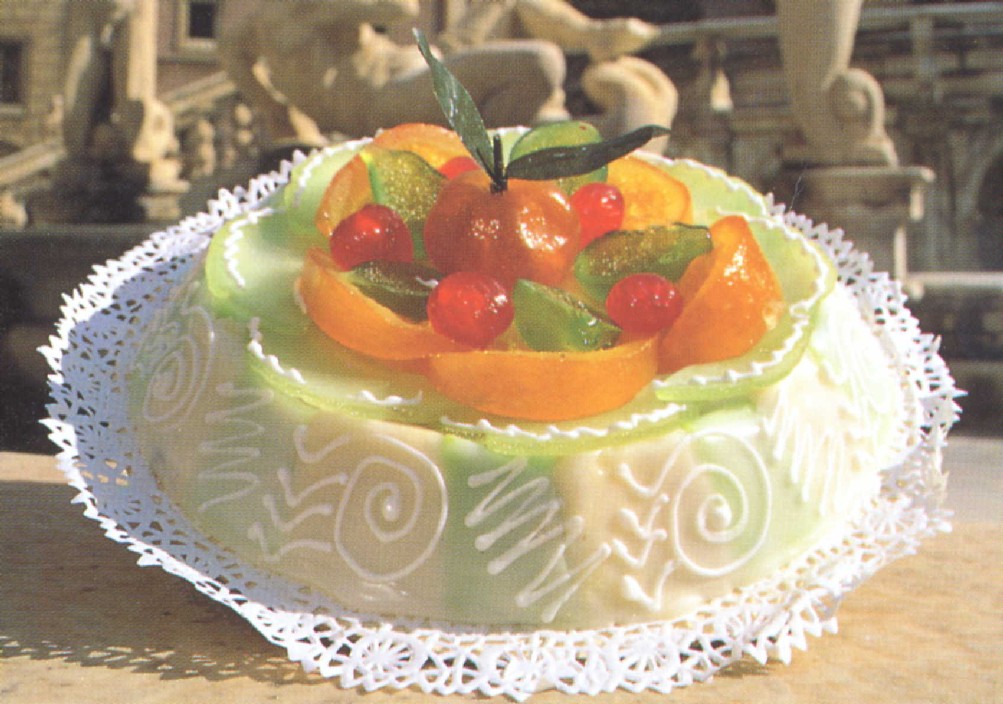 This is the traditional cassata you commonly see in most patisseries in Sicily,
specially in Western Sicily Colours and sweetness are the most relevant characteristics.

Lodovico has abolished the round wall (often green due to mixing to mashed pistaches) made of marzapane or almond pastry, because
it renders the cake additionally sweet and additionally heavy for digestion. Morever, the ricotta filling hidden inside is generally alternated
with small bits of black chocolate and sometimes of white candies similar to those you see on the top decoration.
Notice the large pieces of orange skin used for decoration in addition to candied cherries and white watermelon 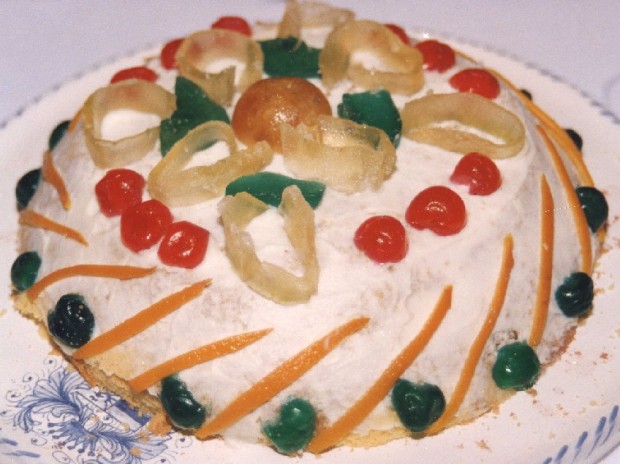 This Lodovico's similarly decorated version includes, mixed in the ricotta with chocolate bits, also bits of orange
skin previously boiled in sugared water (a sort of candy operation on them). You may distinguish them here below,
where the same cake has been cut in order to carefully examine the internal mix 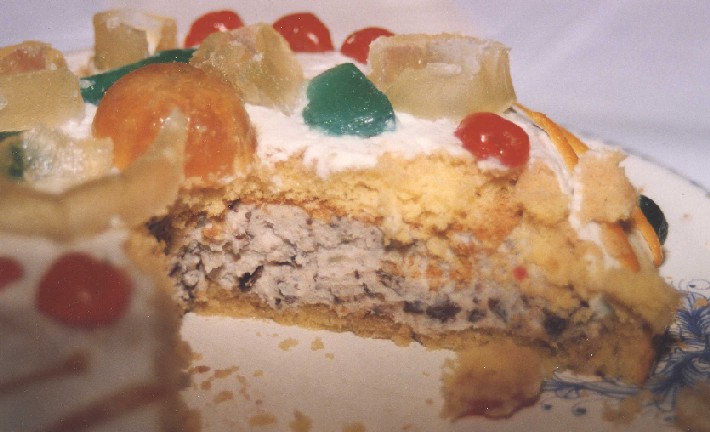 And finally, an alternative edition of a Lodovico's cassata, where the decoration is based mainly on the candied orange skin 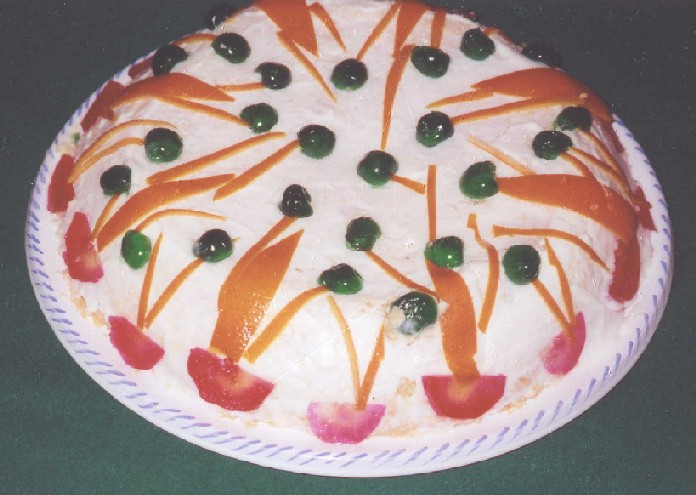 Indeed, the rather sour flavour of this skin should produce a pleasing taste due to the discontinuity between sweetened ricotta
black chocolate and bits of orange skin. The coupling between chocolate and orange skin is traditionally appreciated.
A similar one was offered to a few Rectors invited at the 900 years celebration of Bologna University 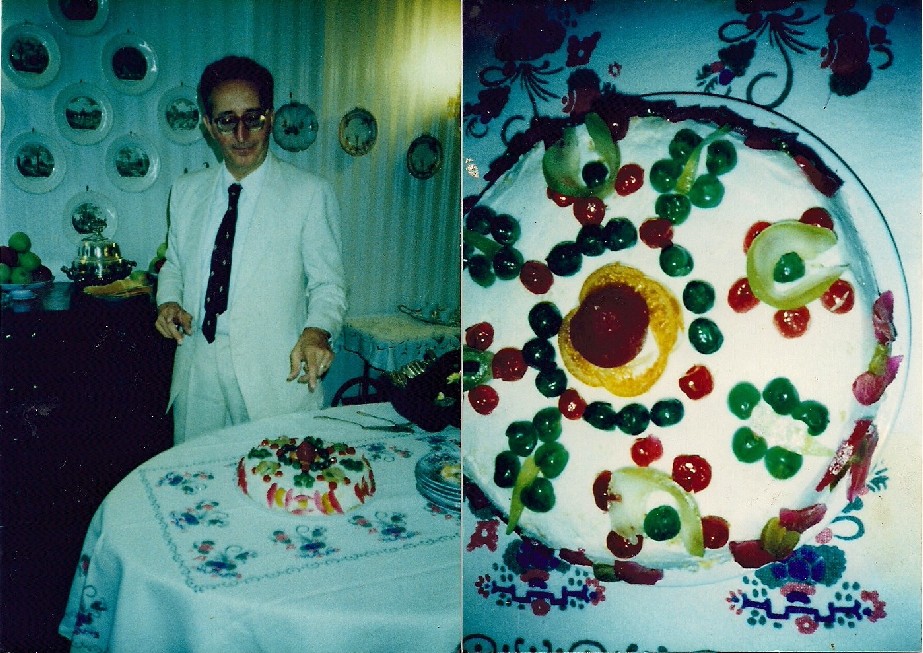