This page has been made by Gianni Grassi, the webmaster of crystalerice.org until 2015. Unfortunately in 2015 he died and I decided to keep this page almost like he did it, to honour his memory and his work.

Images of fruit cakes where the support is made of "Pasta frolla" ( = short or basic crust pastry),
prepared as instructed under the recipe Pasticcio "Ferrara" modified by Lodovico; it is then covered
- after having cooked it in the oven - with a layer of well flavoured ( thin lemon skin grated + vanillin)
custard cream, and then with fruit to your liking.
At the bottom samples of a traditional framed pastry tart with sour black cherries jam
(date of the two photos with Lodovico showing: 1978 and 1992). Then an exceptional "double tart". 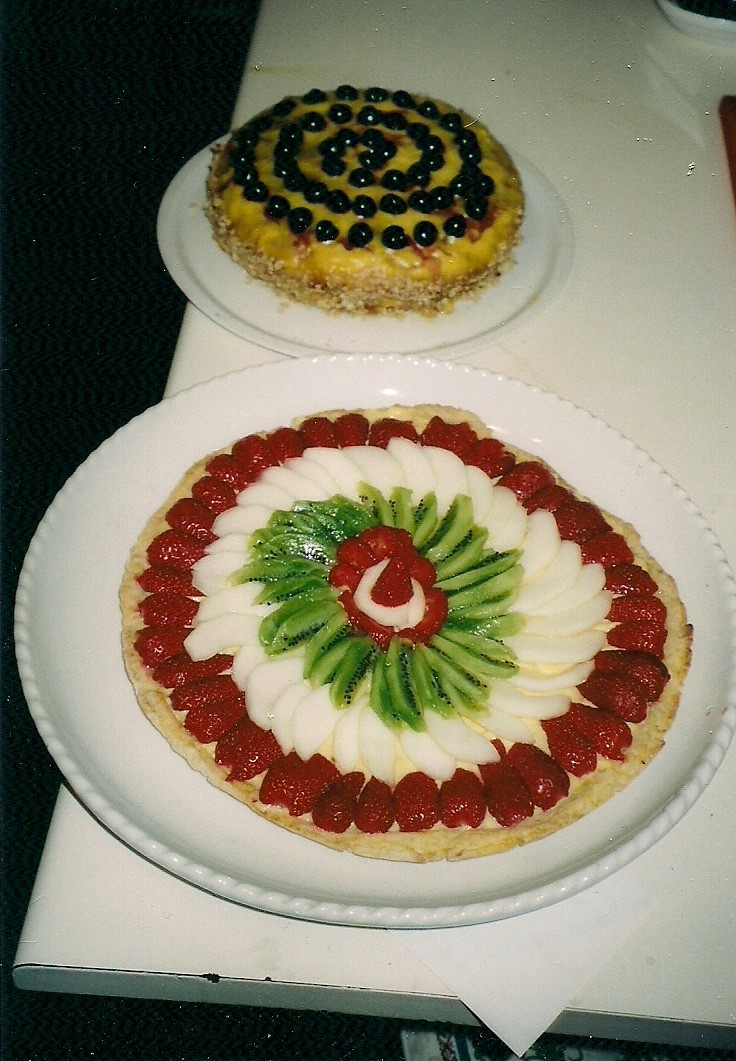 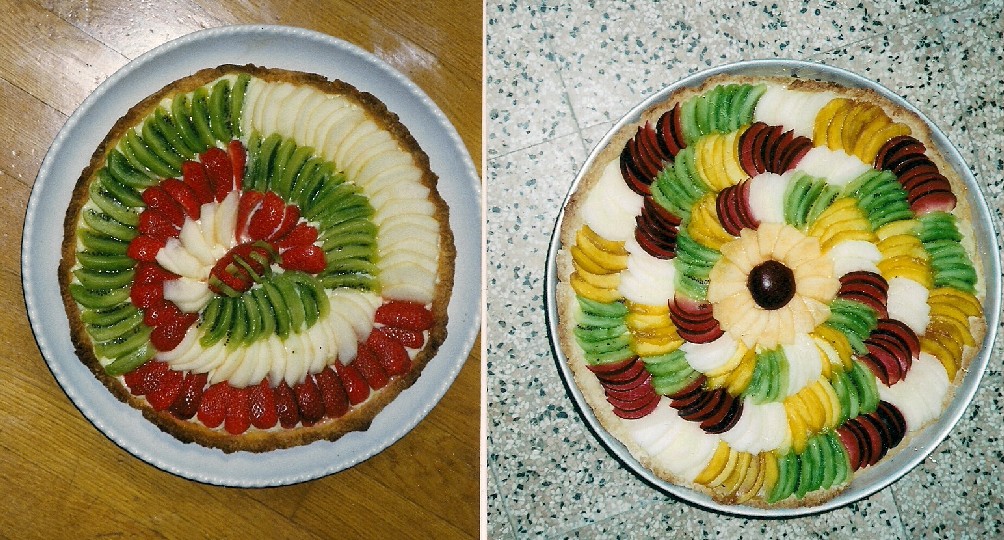 and later, celebrating the 70th anniversary 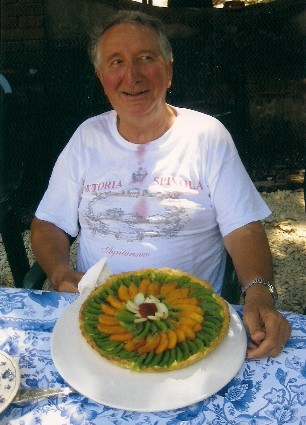 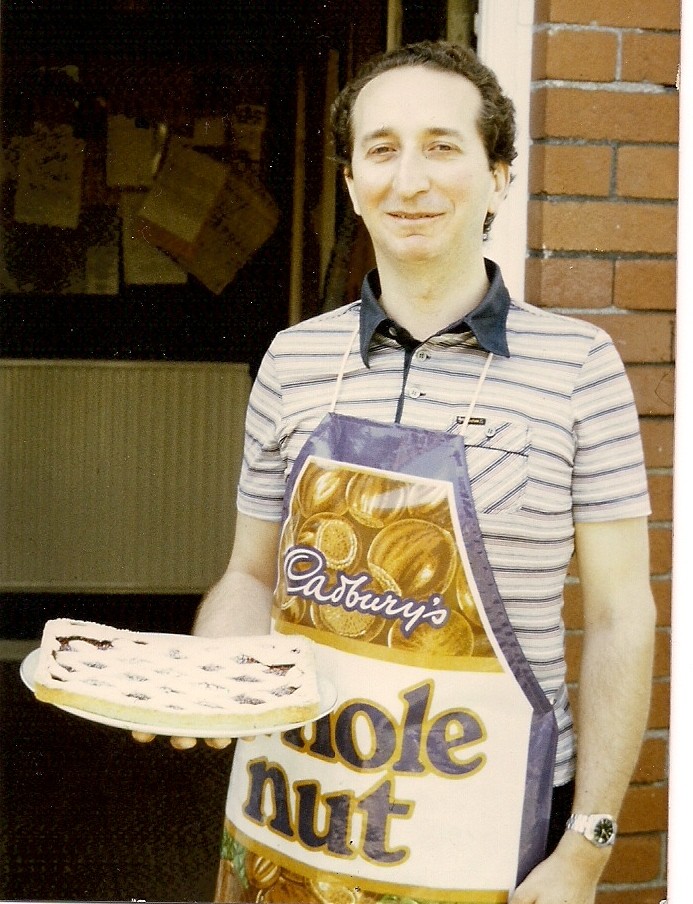 When I visited my friends Carlito and Els Scheltema in Naarden, 1986, at the question "which tart do you prefer?"
(after describing the two showed above), Carlito answered "Both !!!!" Therefore I had to try my best (see below) 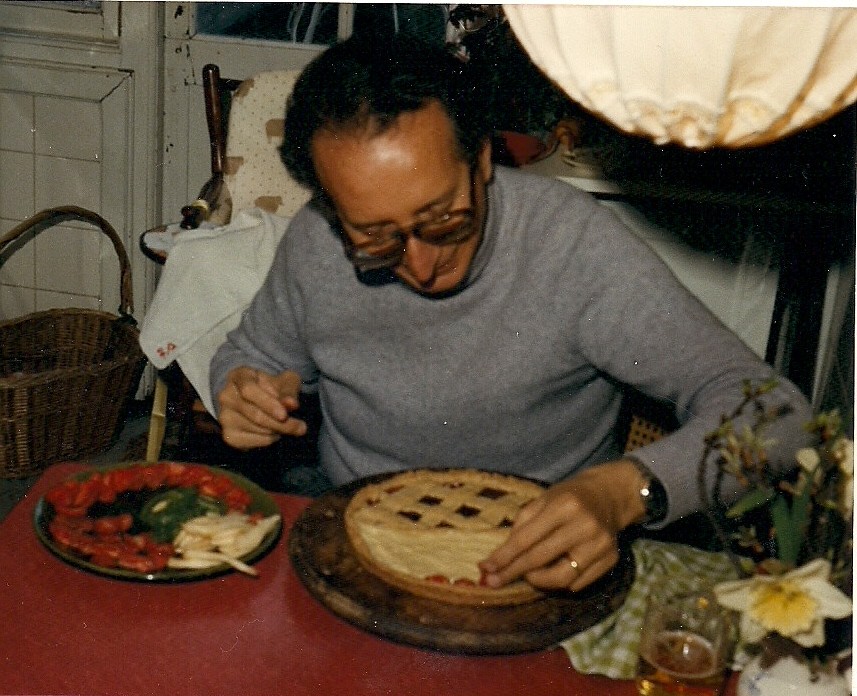 preparing and then cooking: 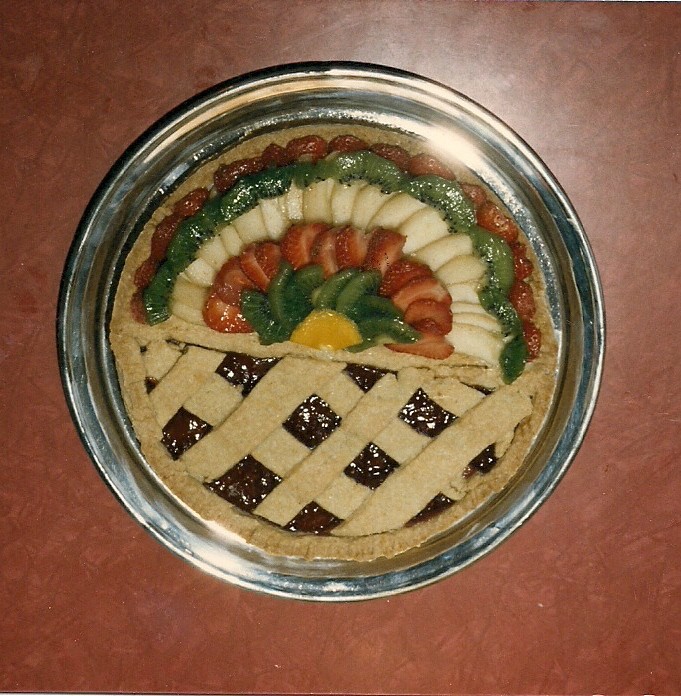